It is at least likely that Angela Merkel will remain in Berlin for the time being. Her husband, an emeritus professor at Berlin's Humboldt University, has extended his contract as a senior researcher. 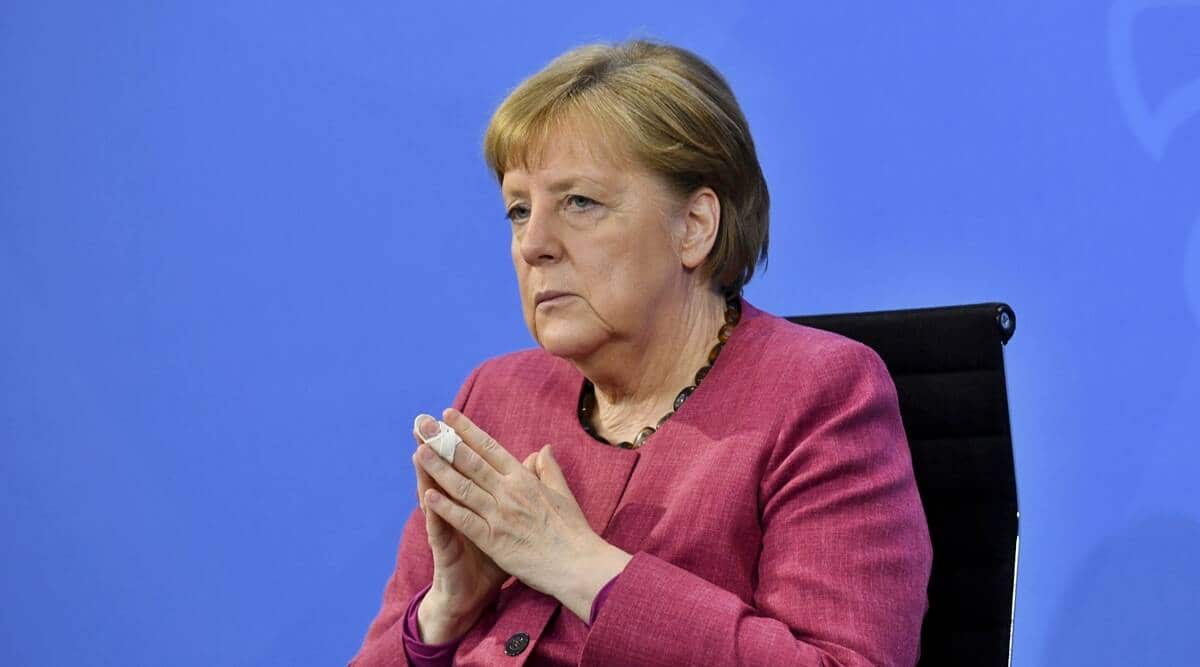 Angela Merkel enjoys making potato soup and baking plum cake with a crumbly, buttery topping. These are typical dishes in Germany during the autumn months, but she won’t have the time to prepare them any time soon. After the election, the chancellor is by no means finished with her duties. She will remain in office in a caretaker role until the new government is formed.

During a visit to Washington DC in July, Angela Merkel was asked how she envisioned her retirement. Although she had answered this question evasively on other occasions, this time she let it be known that she would first take a break and not accept any invitations. She had to accept that her previous tasks would “now be done by someone else,” she said, adding, “I think I will like this very much.”

In her newfound leisure time, she wanted to think about “what really interests me.” She has had little space in which to do that during the past 16 years. With a mischievous grin, the chancellor, who had just been awarded an honorary doctorate by Johns Hopkins University, added: “After that, maybe I will try to read something, then my eyes will start to close because I’m tired, then I’ll take a little nap, and then we’ll see where I pop up.”

‘Miss Merkel’ on the case

A photographic artist and a crime novelist have already explored the future. Andreas Mühe photographed a lookalike of the chancellor in various peaceful, somewhat lonely-looking poses for an exhibition. Writer David Safier, on the other hand, seems to think that without her jam-packed schedule, Angela Merkel will quickly become bored. 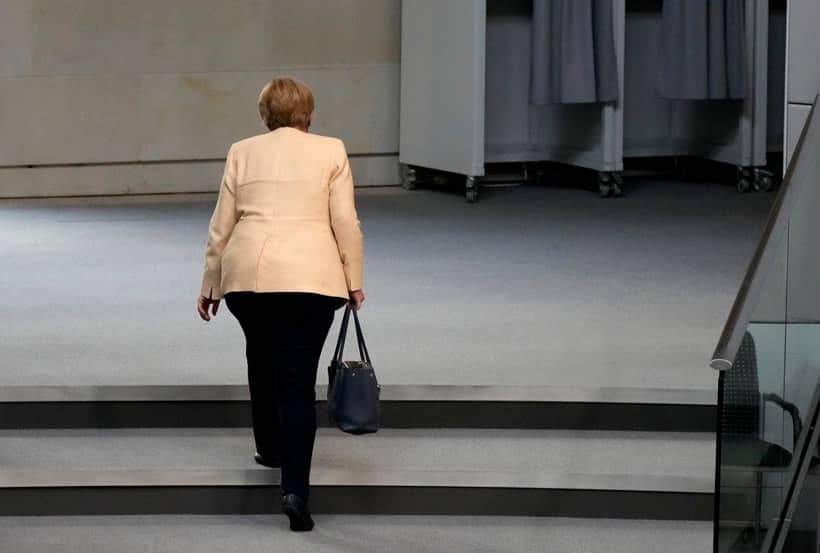 In his light-hearted detective novel Miss Merkel, the former chancellor struggles with her tranquil country life after moving to her holiday home in Brandenburg. Going for walks and baking cakes can only keep her busy for so long. In the spirit of the Miss Marple crime stories by British author Agatha Christie, Safier has Merkel stumble upon a murder case and throw herself into an investigation.

Her pension is secure

A humorous book, but one with a justified question at its heart. Can a person who for decades has had every day planned from early morning until late evening and borne enormous responsibility switch off from one day to the next? “You only realize what you will miss when you no longer have it,” Angela Merkel said recently on the topic in Berlin. 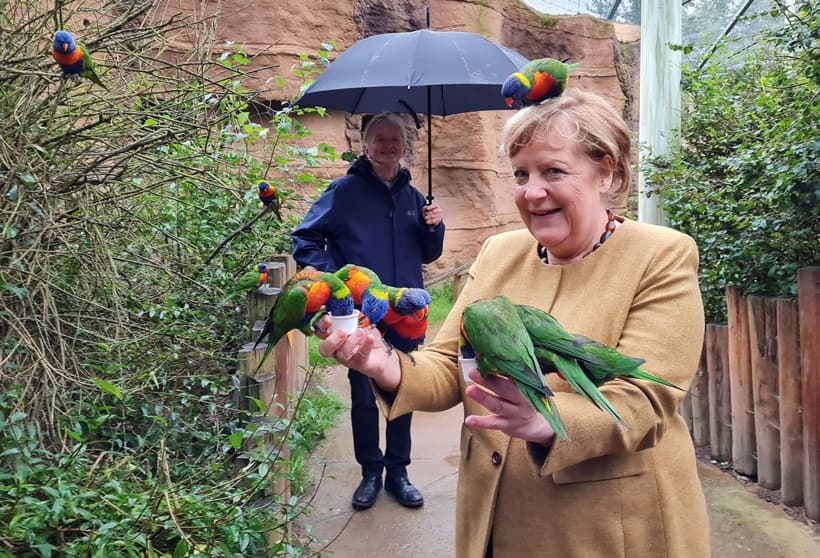 Angela Merkel turned 67 on July 17. She need not have any financial worries. As chancellor, she earns €25,000 ($29,000) a month. On top of that, she earns about €10,000 for her role as a member of the Bundestag, a job she has been doing for more than 30 years. When Merkel stops working, she will continue to receive her full salary for three months and then a transitional allowance of half her pay for a maximum of 21 months.

For her subsequent pension, the various entitlements from her work as chancellor, government minister, and member of the Bundestag are offset against each other. Merkel benefits from the fact that she has served for a very long time. The precise formulae for the calculations, going down to five decimal places, can be found in the so-called Federal Ministerial Act of 1953. After a minimum of four years in office, chancellors are entitled to 27.74% of their previous earnings. With every additional year in office, their entitlement grows by 2.39167% until a maximum of 71.75%.

As a result, Angela Merkel can count on a pension of roughly €15,000 a month. In addition, she qualifies for personal security and an official car with a driver for the rest of her life. She is also entitled to an office on the premises of the Bundestag in Berlin, including office management, two advisers, and a secretary.

Second career not ruled out

Former government officials are bound to confidentiality by law. But even if they are not allowed to give any secrets away, they remain popular in the business world as consultants, not least due to their extensive political contacts. A few of Angela Merkel’s predecessors have moved into the private sector. After Helmut Schmidt left the chancellery in 1982, he became a co-publisher of the weekly newspaper “Die Zeit” and was a popular speaker. In a 2012 interview, he said: “I’ve made it a rule for myself not to give a lecture for less than $15,000.”

Far better than Schmidt, former chancellors Helmut Kohl and Gerhard Schröder knew how to turn their political past and fame into cash. Kohl founded a company for political and strategic consulting and earned very good money as a lobbyist and adviser.

Gerhard Schröder caused a lot of trouble in 2005 when, just a few months after leaving the chancellery, he was hired by the gas pipeline company Nord Stream, a subsidiary of Russia’s Gazprom. Schröder had advocated for the pipeline when he was chancellor.

In the meantime, a law has been made that before making the switch to private enterprise, former government officials must ask the chancellery whether their work “compromises the public interest.” An ethics committee advises the government, which can impose a waiting period of up to 18 months in case of doubt.

Husband to remain in Berlin, at least for now

Is Angela Merkel pursuing a new job or an honorary office? So far, she has not said a word about it. It is at least likely that she will remain in Berlin for the time being. Her husband, quantum chemist Joachim Sauer, is not yet thinking about stopping his work. Although he is an emeritus professor at Berlin’s Humboldt University, the 72-year-old has extended his contract as a senior researcher — at least until next year.